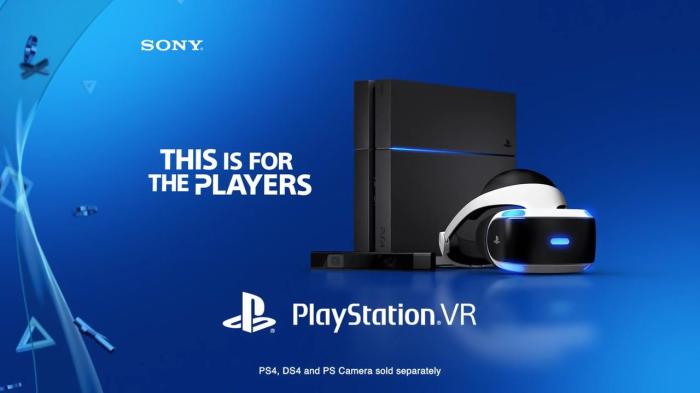 The cheapest way to get into serious VR Gaming.

Sony has released videos about PlayStation®VR. It houses 5.7 Inch OLED Display with 1080p resolution (960 x 1080 per eye). The refresh rate is at 120 Hz and the latency is lower than 18 ms. Refresh rate and latency is critical in VR after all. The field of view is 100° and it supports 360° head tracking. 3D Audio with stereo mini jack and microphone is also available. For connectivity, it relies on USB and HDMI port.

Here is the video about PlayStation®VR features

And here is the video about the gameplay